In 2000 the Mayors of Montalbano, Capraia and Limite, Carmignano, Cerreto Guidi, Lamporecchio, Larciano, Monsummano Terme, Quarrata, Serravalle Pistoiese, Vinci signed a “Pact” for the development of this territory.

At the basis of this agreement there was the common belief that Montalbano had to be understood as a homogeneous territorial system, a territory in which the human presence was characterized by a happy synergy between the natural context and human activities themselves, with its ancient terraces built in a skilful way, rich in vineyards and olive groves, with its ancient farms scattered along the hillside, with widespread quality agricultural activity.

An environment on a “human scale” that has been maintained, suggestive and comfortable over the centuries.

The “Pact” aimed to safeguard these realities by developing a coherent political action aimed at safeguarding the environment, enhancing, among other things, the tourist potential and the quality of its most typical agricultural products.

The project of the Montalbano Oil and Wine Road – Le Colline di Leonardo, officially recognized by the Tuscany Region, was born in this context: to give life to a tool that was able to create a support network for companies, to connect the tourist, cultural and productive strengths of presenting our territory in an integrated system logic. Its operators and their products. 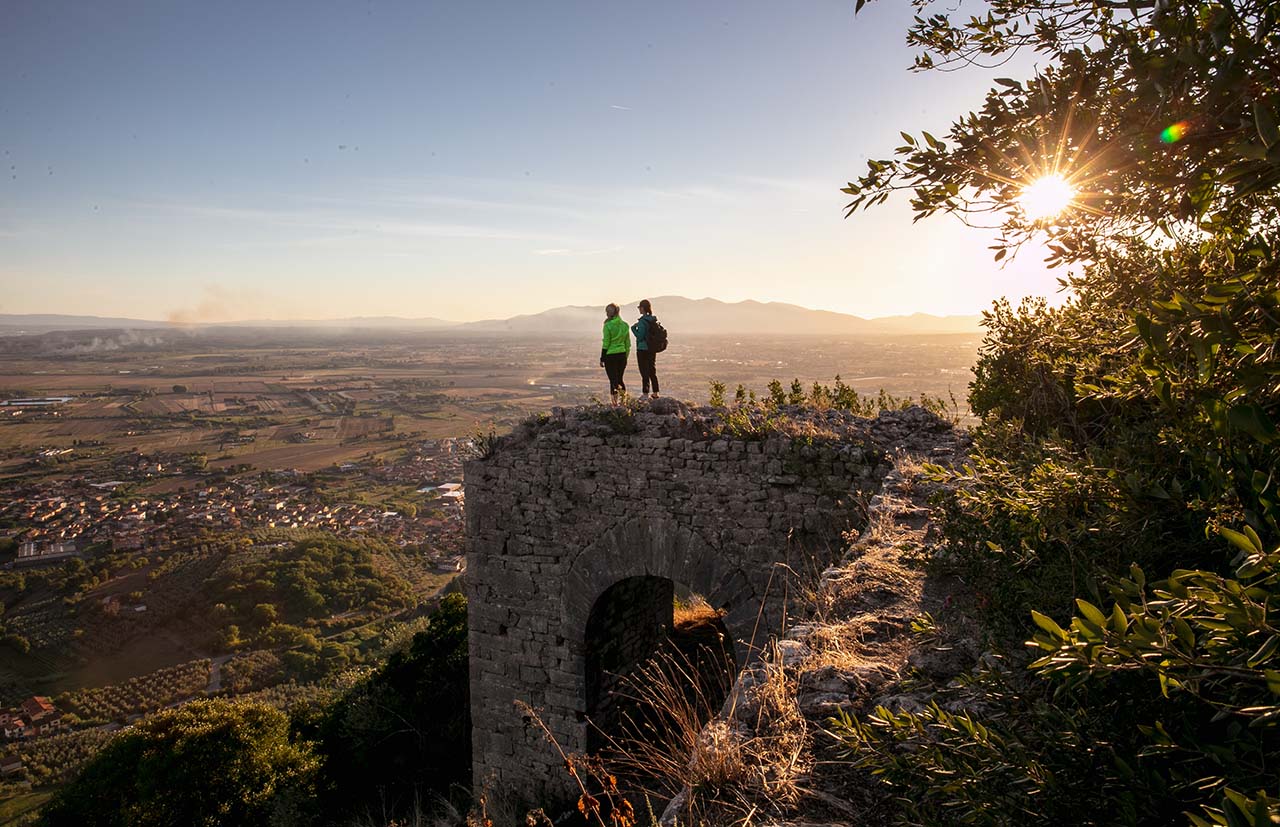